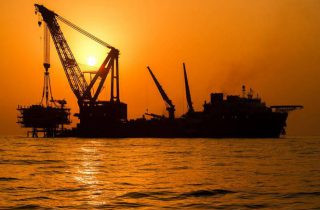 
POGC’s South Pars 17 & 18 project manager said last Wednesday that the installment of the 17B platform was completed at the reservoir block on December 25, 2016.

The 17B platform has the production capacity of 500 million cubic feet (14.5 million cubic meters) and was installed by the Iran Marine Industrial Company (SADRA).

Hassan Boviri, 17 & 18 project manager, said the 20-inched pumping procedures inside the field from Platform 17B to 17A would be done by C master buoyant of Iranian Offshore Engineering and Construction Company (OIEC) until mid of January 2017 and the installment of spools and hydro-tests would be done until the mid of February.

Pars Oil and Gas Company (POGC) is the developer of South Pars common field and was appointed by the Iran Ministry of Petroleum and National Iranian Oil Company to supervise the development project.

The South Pars field is one of the country’s main energy resources. It covers an area of 9,700 square kilometers, 3,700 of which belong to Iran. Iran’s portion is estimated to have some 14 trillion cubic meters of gas reserves and some 18 billion barrels of gas condensates. This is roughly 7.5 percent of the world gas reserves and around half of Iran’s gas reserves.

With the start of the 17B platform, the gas production from the offshore area of these phases will be reached to its planned capacity.